You are here: Home / Mediation / How to Win at Mediation in INADR

As mediation continues to receive growing recognition in legal practice, law schools all over the world look to mediation tournaments for learning skills and gaining practical experience of the mediation process. The International Academy of Dispute Resolution (INADR) established its reputation as an international mediation competition and maintains its focus on education through competition.

About The INADR Mediation Tournament

Founded in 2002, the mission of the International Academy of Dispute Resolution is to build a worldwide recognition of the power of dispute resolution methods to peacefully resolve conflicts and promote conciliation and healing, by focusing on education at the undergraduate, graduate, law school, and professional level.

The organisation aims to provide students with hands-on experience in mediation through participation in the tournament. Students receive some training in mediation in which they can learn and practice skills and techniques used in mediation in a friendly competition setting with other law students from around the world.

This is an annual event, hosted in different locations across the globe. You could say its unique feature is that the event is hosted at Loyola University Law School in Chicago in even numbered years. In odd years, the tournament is held at other international law schools. Universities in Greece, Poland, Ukraine, Lithuania, United Kingdom, Brazil, India and Dubai have all previously hosted the event.

What to Expect at INADR

The Tournament at Loyola University is typically scheduled in March or April. Whereas the tournaments held outside the US are run in November or December.  Each tournament lasts up to three days and follows a uniform structure.

As you’d expect on the first day of the tournament you’ll go through the usual check in and registration process shortly followed by intensive training workshops. These workshops are a blend of lessons and role-plays conducted by experienced dispute resolution professionals who are INADR members. The lessons focus on mediation and negotiation principles and techniques and students also learn how to perform well and advance through the tournament rounds successfully. Schedules and scoresheets are issued and discussed ensuring students hit the ground running when the games begin.

The first day is capped with an inaugural ceremony at an off campus location to officially launch the competition. The schedule for days 2 and 3 consists of a well balanced mixture of tournament rounds and social events.

All graduate and undergraduate students are eligible to apply and participate. The rules of the INADR tournament state that each mediation team must comprise 3 student members. Although involvement from coaches is encouraged, it is not mandatory for a team to have a coach in order to compete. In the majority of the tournaments, there are three preliminary rounds and each team member is required to play the role of an advocate, a client and a mediator at least once. The allotment method to meet this requirement is left entirely to the discretion of the team members. In addition to the three preliminary rounds, there are semi-finals and a final round.

Students from any law school or legal academic program are invited to participate in the tournament. Once the date and location of the competition are announced, applications will open and registration forms and tournament information will be published on the INADR website. However, the registration process may vary depending upon the host university.

International by Name and by Nature

The tournament receives a large number of applications from universities all over the world and applications are considered on a first come first serve basis so the early bird catches the worm! The number of teams selected vary depending on the capacity of the hosting university.

Previous tournaments have attracted students from SouthEast Asia, Eastern and Western Europe, North America, Russia, and many other parts of the world. The participant pool is culturally diverse which results in a unique gathering of zealous young legal minds. Thus, teams have the opportunity to network with students and faculty from all corners of the world.

Teams will also need to share any previous ADR related accomplishments and, if drawing on the services of a coach, provide their details too. Teams are selected at the discretion of the organisers and no specific criteria is mentioned.

Generally, the registration form is simple and easy to fill out. It requires the name, contact information and address of the competing university and details of each student team member.

At the time of writing registration fees for the tournament are set at $100 per team, payment of which is made upon application. Teams are permitted to bring a coach for support and there’s an additional $50 fee per coach. Applications from multiple teams from the same university are welcome and it is not unusual for more than one team from the same university to be selected to participate.

The registration fee does not include the cost of meals and accommodation. However, this is not always the case and some generous host universities provide accommodation to the teams at a subsidised rate as well as meals and transport.

Accommodation, meals and transport arrangements will differ depending upon the location of the tournament and the host university. If you are competing at Loyola University in Chicago, the registration fee will not include any of the above. So teams will need to make their own arrangements in advance.

However, if you are competing at NLIU Bhopal, for example, the registration fee is inclusive of stay, two meals a day and transportation for all teams.

Queries and concerns can be directed to the tournament organisers by email, check their website for the most up-to-date contact information.

The organising university students usually act as volunteers and INADR members are always present to contribute to the competition which lends a warm, yet professional backdrop for the event.

Mediation is the Name of the Game

The popularity of Mediation competitions has sky rocketed over the past 5 years as students are desperate for exposure to new skills and the prestige that comes with a podium finish at these international events.

Competition organisers are also mixing up the format to try and differentiate their competition from others.

Unlike the ICC International Commercial Mediation Competition that uses professional mediators, INADR expect students to mediate in pairs in what’s known as a co-mediation model. Sitting each side of the table are the client-advocate teams that battle it out all under the close scrutiny of professional mediators that judge the tournament.

Student teams are expected to follow the ‘Principled Negotiation Model’ popularised by Harvard PON and the tournament organisers promote and expect an amicable and collaborative spirit from all participants. Yet, realistic exchanges take place between competing teams and commercially viable solutions are sought by the participants. The atmosphere at the tournament is reported to be highly competitive and teams are highly driven and want to win.

In line with tournament rules, team members must quickly adapt to their changing roles as mediator, client and counsel and act in these capacities in three back-to-back rounds. Additionally, each round is based upon a different dispute therefore teams must thoroughly prepare to grasp the details of each dispute, understand the nature of the market in which the dispute has arisen and agree early on which roles each team member will adopt. Tournament rules must strictly be adhered to and students should allocate time to understand these.

Thirty minutes before each round commences, the negotiating pair of client and counsel will receive confidential instructions. Teams are advised to use these 30 minutes judiciously to prepare their negotiating positions, agreeing their BATNA, WATNA and ZOPA beforehand – allocating talking points to ensure that team work and role coordination skills are shown off.

Each mediation round lasts 60 minutes and it’s important to keep in mind that all 6 people around the mediation table will look forward to their turn under the spotlight. Time management is crucial and teams are advised to prepare and rehearse their opening statements, keeping them brief but to the point. Teams should prioritise their interests based upon what is most urgent and most important – this will greatly assist teams to move purposefully and productively through the round within the allotted time of 60 minutes.

The mediator is expected to guide the parties to a resolution by adopting a facilitative role. Mediators are judged on their ability to listen, reflect, reframe and demonstrating other key mediator skills will obviously be advantageous. They are also expected to work effectively with their co-mediator and keep things moving forward by projecting a positive attitude.

Client and counsel are judged on their ability to present their case, to articulate their strengths and weaknesses, while meeting their needs and interests. The scores from all three preliminary rounds are added up and the top four teams in each category go through to a semi final and then onto a final.

The host university and INADR are responsible for selecting judges from amongst mediators, attorneys, arbitrators, and other relevant professionals – all of whom must have experience in mediation or mediation advocacy.

During the preliminary rounds, teams are assessed by two judges. The strength of the judging panel increases in the Semi Final and Final rounds. The role of the judge is to silently observe and then score the performance of each participant in the room. After recording their scores, the judges provide their feedback to the students.

Eyes on the Prize

INADR is the title sponsor for all tournaments and host universities may take on other sponsorship roles with law firms, educational non profit organisations sponsoring prizes for students.

It’s Not All About the Winning

Sanjana has a wealth of experience competing in mediation and negotiation events around the world, winning CDRC in 2019.

Thanks to Pedro Lastra on Unsplash for the Chicago Skyline Photo

How to Win at Mediation in INADR 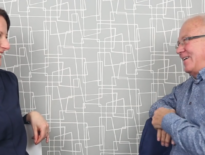 Mediation The Great Mediation Debate of 2021 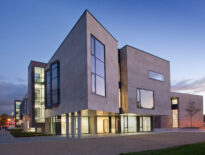