You are here: Home / Mediation / The Great Mediation Debate of 2021

In Favour of Mandatory Mediation?

Join an illustrious panel of experts as they debate the topic of mandatory mediation in this online debate format in honour of one of mediation’s greatest contributors, David Richbell.

If you’d like to secure a front row seat at this debate then watch this 73 second video which includes an enrolment link at the end.

David began mediating commercial cases in 1992 and mediated over 1000 cases in the intervals between training mediators; many of whom are now leaders in the field.

David was continuously recognised as such by the leading legal directories. In 2014 he was recognised as “one of the top ten most respected commercial mediators in the world” by Who’s Who Legal and in 2016 as a Thought Leader in mediation. He developed his own practice over the years by training with CEDR, Endispute in Boston, the Harvard Advanced Mediation Program and the Regents College School of Psychotherapy and Counselling.

David also initiated the MATA Mediation debates, formally known as The Tony Curtis Debates which were devised in loving memory of David Richbell’s great friend, Tony Curtis, who trained with David on one of the first CEDR courses in 1991.

Tony was accredited as a mediator in 1992 and he joined the CEDR training faculty in 1993. Tony and David worked together for many years in helping, with others, to shape the mediation landscape that we know now.

Many of the panel and attendees for the Mediator Academy’s Great Debate will recall the Tony Curtis Debates with great fondness including perhaps some of my favourite motions such as “Mediation can change the World”, “Can politics, religion and mediation really mix?” and “Top mediators need big egos”.

Mediator Academy is very honoured to host this Great Debate “The benefit of mandatory mediation outweigh the costs” in memory of David Richbell.

The Great Mediation Debate of 2021 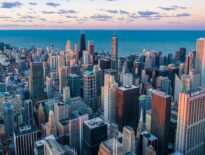 Mediation How to Win at Mediation in INADR
0